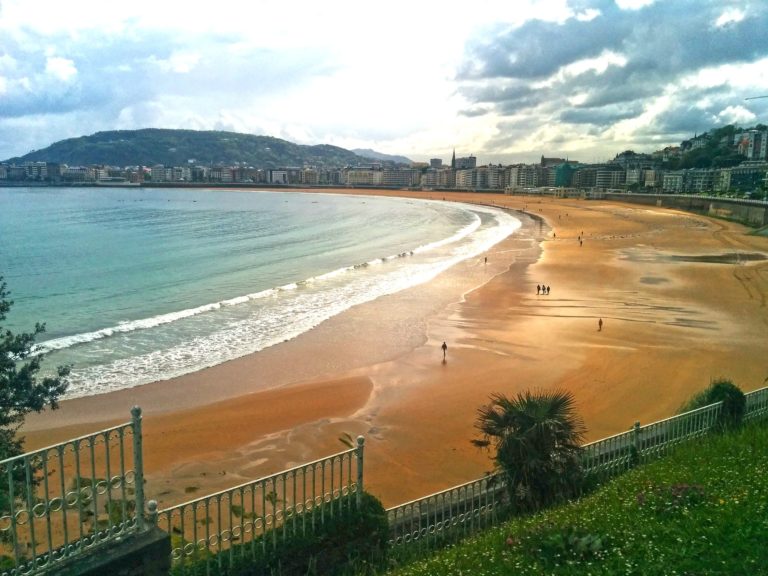 10 Things to Know About Santander

As all of you know, IFERA 2020 annual conference will be located in the beautiful city of Santander, capital of the autonomous community and historical region of Cantabria, in the north coast of Spain. Writing the following ten points, we try to provide an overview of the city to make sure that you will have an overwhelming experience!

1.The city. The history of Santander goes back to the year 26 B.C. when Emperor Augustus wished to leave a record of his victory over the Cantabrians founding a city called Portus Victoriae (Port of Victory). Throughout the centuries, Santander has been named the “Liverpool of Spain”, as its port became a crossroads of products imported from the colonies and traded with the New World. In 1983, Santander was officially appointed the capital of Cantabria, which took the form of an Autonomous Region that same year.

2 The economy. Beyond the trading activities related to its port, Santander notably houses the headquarters of Santander Group, a Spanish multinational commercial bank and financial services company. Santander Group is present in all global financial centers as the 16th-largest banking institution in the world. Although it is known for its European banking operations, the group has recently expanded its activities across North and South America and continental Asia.

3 The future. Santander decided to be a pilot for Smart city, a European Union founded project developed between 2010 and 2014. The main project aim is to develop scientific research on the future of the Internet and machine-to-machine communications though the widespread deployment of connected devices, both fixed and mobile. Today there are more than 20,000 devices installed, placing the city at the forefront of innovation in the field of smart urban management. As a result, Santander is one of the largest living laboratories in the world.

4 The Culture. Santander has a great tradition of cultural activities, all events that play an important role in the social life of the city. Just to mention some examples, the Festival Internacional de Santander (FIS), the Festival Internacional de Música de Órgano (FiMÓC), Encuentro de Música y Academia and the Paloma O’Shea International Piano Competition are all interesting opportunities to get to know this side of the city.

5 Historical sites. Two of Santander Historical sites not to be missed.
The Cathedral of Santander was originally built in the 13th century, although the upper part of the cathedral dates from the 14th century, and the cloisters were built in the 15th century. Inside, you can find the tomb of the writer, literary critic and historian Menéndez Pelayo.
The Palacio de la Magdalena is situated on the vast Magdelana Peninsula, on the edge of the city, and has become somewhat of a symbol of Santander. Built between 1908 and 1912, it’s one of the best examples of the eclectic style of architecture in the whole of northern Spain. The palace has been used as a summer residence by the Spanish royal family between 1913 and 1930.

6. Museums. If you want to get some artistic insight from Santander, here a couple of suggestions.
The Maritime Museum of Cantabria features displays on everything from natural history and archaeology to ethnology, shipbuilding and cartography. Some of the exhibits date from 1790-1978 and came from the Nautical School of Santander.
Designed by Renzo Piano and considered an architectural masterpiece, the Centro Botín is Santander’s newest arts center, housed in a futuristic-looking spaceship-like building. The center specializes in contemporary arts, and its exhibits comprise everything from video and photography to painting and sculpture.

7. The beaches. Santander is a great beach destination, with many sandy stretches lying within and around the city center. On the southern edge of the city, you’ll find the Playa de los Peligros and Playa de la Magdalena, spreading out towards the peninsula, and on the eastern edge, the 1,300m stretch of the blue flag Playa del Sardinero.
Moreover, the Cabo Mayor Lighthouse offers the best view in the whole of Santander, as it stands 91 meters above sea level. Construction on the lighthouse was completed in 1839, and at the time it was an important symbol of the city, providing light for the incoming ships.

8. The nature. The vast, lush Magdalena Peninsula sticks out into the Bay of Biscay and is covered with trees, meadows and parks, and surrounded by beaches or rocky shorelines. It’s home to a number of attractions – as well as the Palacio de Magdalena, there is a zoo, three galleons and a lighthouse to explore.

9 The food. Santander’s cuisine is characteristic of Cantabria and mainly based on seafood. Some of the typical dishes from the city are the fried calamari called “rabas”, double donuts and bean stew called “cocido montañés. Moreover, tapas bars are spread all over Santander, serving delightful dishes formed of incredibly fresh ingredients. Local tapas include patatas bravas, croquetas, tortilla de patatas, and mushrooms in garlic oil.

10 Shopping. Santander’s main market, the Mercado de la Esperanza, is a great spot for shopping local products. Open since 1904 and housed in a 19th century cast-iron structure behind Santander’s town hall, the market sells everything, from fresh seafood and meats, to fruits, vegetables and flowers. Moreover, the atmosphere in the markets is buzzing with the sound of locals calling to each other and stall owners singing their wares.

In the hope of stimulating your curiosity, we look forward to see you in Santander. And don’t forget to pack your swimsuit!!