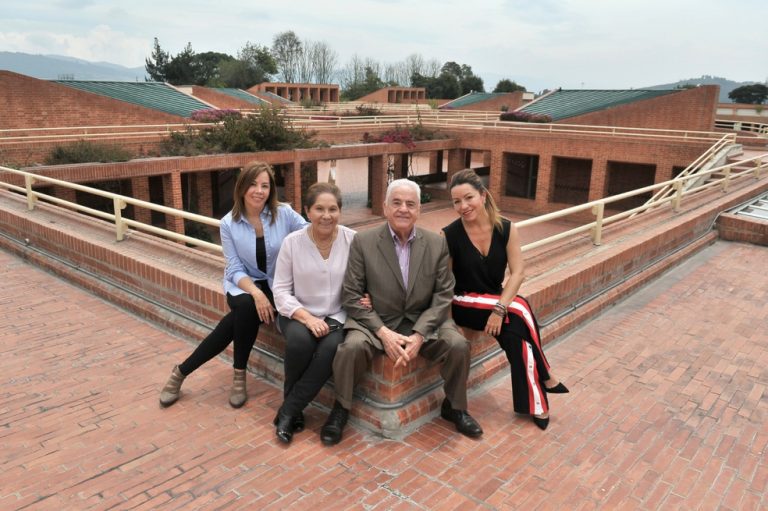 As part of the IFERA series on “Family Businesses in Times of Crisis”, we are pleased to share with you the interview of María Piedad López-Vergara, Assistant Professor and Director of INALDE Family Business Research Center at INALDE Business School, Colombia, with Natalia Zuleta, second generation member and Marketing and Innovation Director of Gimnasio Fontana

Gimnasio Fontana is a private school in Bogotá, Colombia. It has been thirty-six years in the educational market in which it is known for having developed its own pedagogical model. It was founded by two educators, Amparo Triana and Dario Zuleta who actually perform leadership positions in the school together with their daughters Catalina and Natalia. The school has managed to consolidate a learning system based upon three main pillars: creativity, sustainability, and happiness known as “What if?Ò Creative thinking” and it has been recently awarded as “Great Place to Study in Latin America”. Gimnasio Fontana is also renowned for its unique campus and premises designed by one of the most awarded Colombian arquitect and it is listed as cultural heritage of Colombia. The school is the first neutral carbon accredited institution in Colombia as well as a pioneer in implementing circular economy. Currently the second generation is working on the implementation of What if?Ò as a learning system outside the school aiming for the public and private educational sector.  The school is accredited by Council of International Schools.

The COVID-19 pandemic had a ripple effect on the world economies and societies. How have the family and the business been particularly impacted?

Gimnasio Fontana has faced many challenges in this new context.  I think that we have discovered new ways of doing things. In a certain way we were already going through an innovation process for our last grades in order to offer a more flexible curriculum that fostered entrepreneurship and that is more connected with our seniors’ interests in the fields of creativity and sustainability. This particular reality of Covid 19 has accelerated the process. At the same time, we had to reorganize teams, strengthen technological platforms and be more conscious of the teachers’ role as facilitators.  Financially, it has also been very challenging because many families have lost their jobs, and this had an impact on fees’ payment collection. We have reviewed our financial and investment strategy for the next years, as education will suffer radical transformations due to radical societal developments and a change of focus and priorities is required.

In regard to our family, I think that this situation has been a great opportunity to highlight and put into practice our values such as unity, creativity, perseverance and love. Uncertainty has allowed us to recognize that these values are our real foundations and that we are able to put them into practice in challenging moments. Having worked on our compass, defining our mission and vision as a business family, has facilitated the decision-making processes thanks to a more strategic vision.

How did these changes translate into initiatives (or strategies)?

We have structured our pedagogical model in a more systemic and rigorous way. We have also worked on understanding and documenting each process meticulously.

We have encouraged our teams to innovate areas such as teaching and learning in classrooms, adapting our workshops and improving the use of technological platforms and resources. This processes has allowed our home schooling strategy to adapt to students’ needs. Currently we have enrolled families from Spain, Saudi Arabia and other cities in Colombia.  We have tackled the challenge of offsite teaching and learning as an opportunity to innovate in different channels and strengthen What if? as a learning system that can be used by other schools in our country and worldwide.

Family businesses are known for their values of social responsibility, acting as ambassadors of the territories in which they are rooted. How did these manifest themselves in your country?

One of our most relevant strategies of the last six years has been incorporating sustainability not only into the school pedagogy but also in its operations as a company. We are the first school certified as Carbon Neutral in Colombia, we measure, compensate and mitigate our carbon footprint every year.  We have been involved with a national NGO in reforestation throughout our country. To incorporate sustainability in our pedagogy we have included the SDG´s (sustainable development goals) in the curriculum as well as circular economy principles. Our goal is that sustainable pedagogy can be implemented in public education to accomplish a broader impact.

How are you preparing for the post-crisis phase, in line with medium or long-term challenges the family business will be facing?

We have discovered inefficiencies and efficiencies in many processes that I believe will positively impact our management in the immediate future. I believe that our flexibility and culture of innovation will favor changes that we have to make in the curriculum in order to adjust and we will surely give a lot of relevance to all the sustainability plans that we have already been working on. One of the objectives is to sell What if?  as a learning system in Colombia and in the world and we are already working on that. I believe that today, more than ever, we understand that we are not just a school, we are a pedagogy that seeks to be a reference and transform the world.

In the past few weeks we had a good opportunity to stop and listen to ourselves. With a positive attitude, is it possible to see this crisis as an opportunity to improve our personal lives and businesses? If yes, how?

Totally. For us as a family business and as a family it has been the opportunity to make a stop and look at ourselves through another lens. First discover strengths and weaknesses in our business strategy.  Secondly recognize the importance of family values as a powerful  anchor for our ideals and innovation strategies.  Our family has come closer, our sons have observed closely our work to understand how the school operates.  At a personal level we have discovered new talents and abilities. I will define 2020 as a sort of augmented reality lens through which we see more clearly what is there for us to take or discard, to learn and unlearn. In has been with no doubt a challenging time but a moment for valuable learning as well.

It is an opportunity to make structural changes in the way we operate looking at an uncertain and complex future. I think that our decision-making process has been dynamized and strengthened.  We now have more cohesiveness and efficiency in teamwork.  It has been enriching to discover the creative abilities of our teachers and the autonomy in learning that our students can achieve. This with no doubt will require a great commitment to not letting this culture vanish. We have learned from our culture and organizational communications and made them better and more strategic. Now we want to grow with What if?Ò and it will require an effort in time, strategy and investment that we are willing to undertake.

What are the biggest challenges for future education?

I believe that this pandemic has led us to make accelerated changes that we have already been planning in our education models to bridge the gap between current pedagogy and the needs of an increasingly uncertain and changing world. As educators we have confirmed the value of creativity and flexibility to be in constant connection with the needs of our students and their context. We have also learned great lessons:

-Sustainability is a need of every pedagogical model to educate human beings with a sustainable conscience who know and are committed to the great challenges of humanity.

-Creativity is the way to inspire students and cultivate their creative and transformative capacity.

-The world is the classroom and there is a growing need for a curriculum that is connected to real learning contexts in which children can put their knowledge, skills, and talents into practice.

-The purpose of each student is the starting point for an education based on “being” and that fosters a process of self-discovery and development of potential.